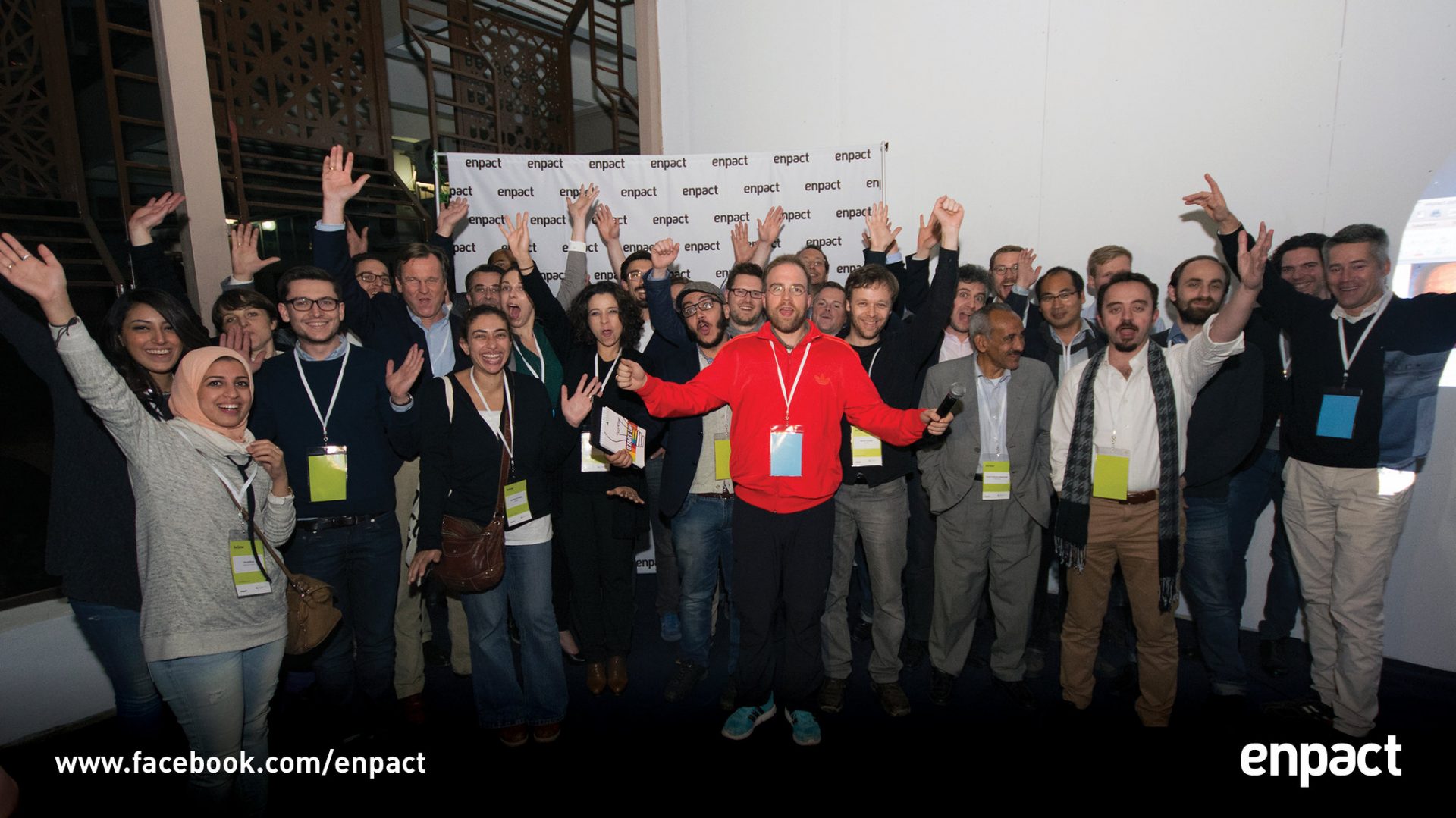 In 2014, the international mentoring programme was yet again implemented under its new title “engage – participate – act”, which is actually the acronym of enpact, after undergoing some administrative and content related changes.

First, starting this year enpact e.V. was fully responsible for all operations, accounting, reporting and monitoring and evaluation. Second, based on the feedback of the first years’ participants, the schedule and setup of the programme witnessed significant changes.

In order to enhance peer-to-peer learning, German startups were also invited to join the cohort. Instead of having only one-on-on mentoring sessions between fellows and mentors, mentoring groups of 3 fellows + 1 mentor were introduced.

Last but not least, the existing portfolio of components during the programme was enhanced by the introduction of 3 mentoring camps, one each country of origin of the participants. This led to having 30 startups (10 Egyptian, 10 Tunisian and 10 German) and 17 mentors joining the programme, with the highlights of 3 mentoring camps in Berlin, Tunis and Cairo over the course of 8 months.