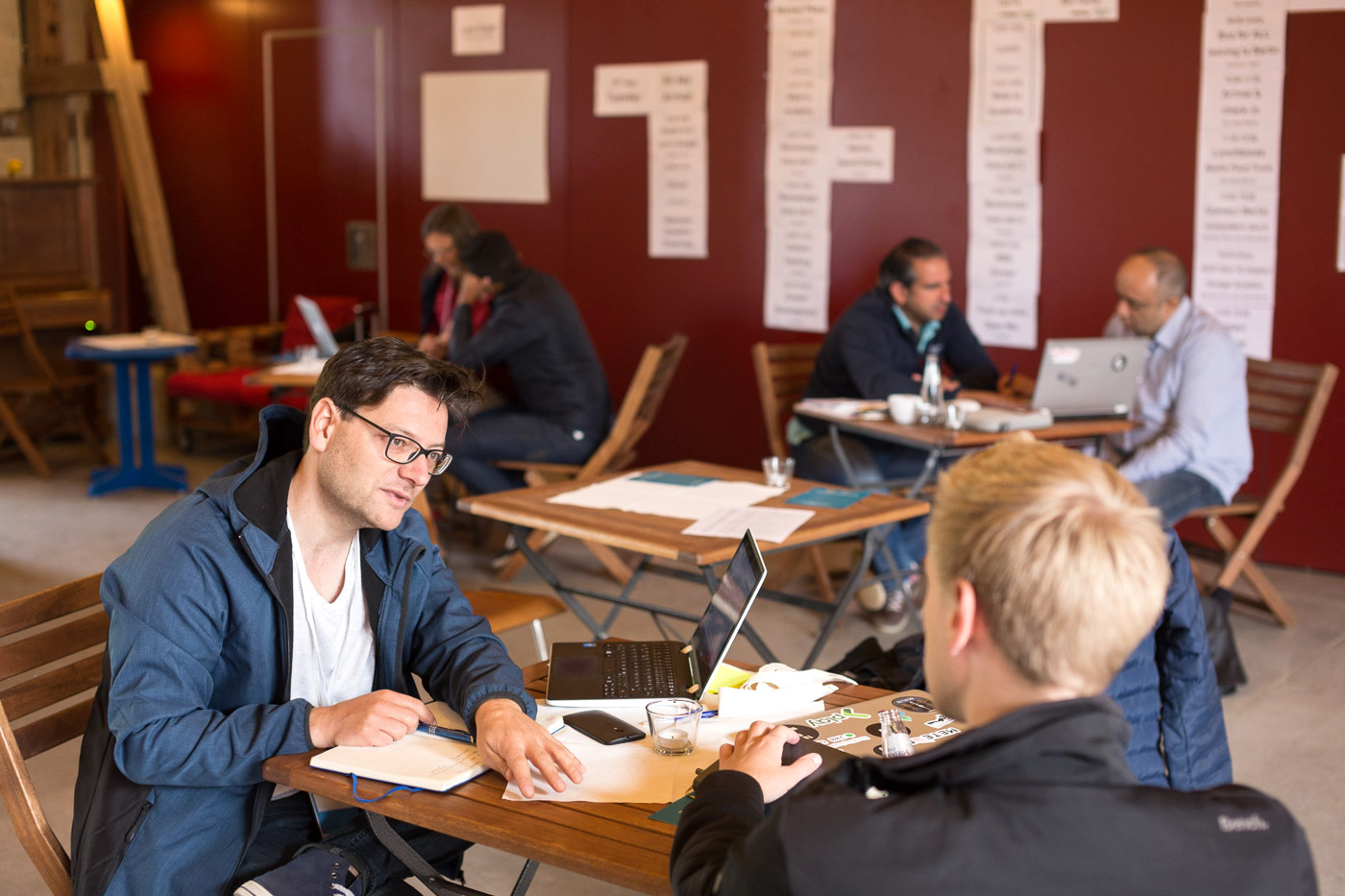 To support the critical first steps in the entrepreneurial journey, enpact facilitates Idea Marathons. Here, potential future entrepreneurs receive professional input and feedback regarding the validation of their project idea. With the help of standard tools like the business model canvas, design thinking, and prototyping, existing ideas are put in formats where they can be tested, validated and enhanced.

The creation of a minimum viable product (MVP) allows potential future entrepreneurs to embark on their entrepreneurial journey. During the Idea Marathons they receive support, input, and critical feedback by mentors, coaches, and experienced founders. Additionally, they can connect with peers, find potential co-founders, and start building their personal professional network. 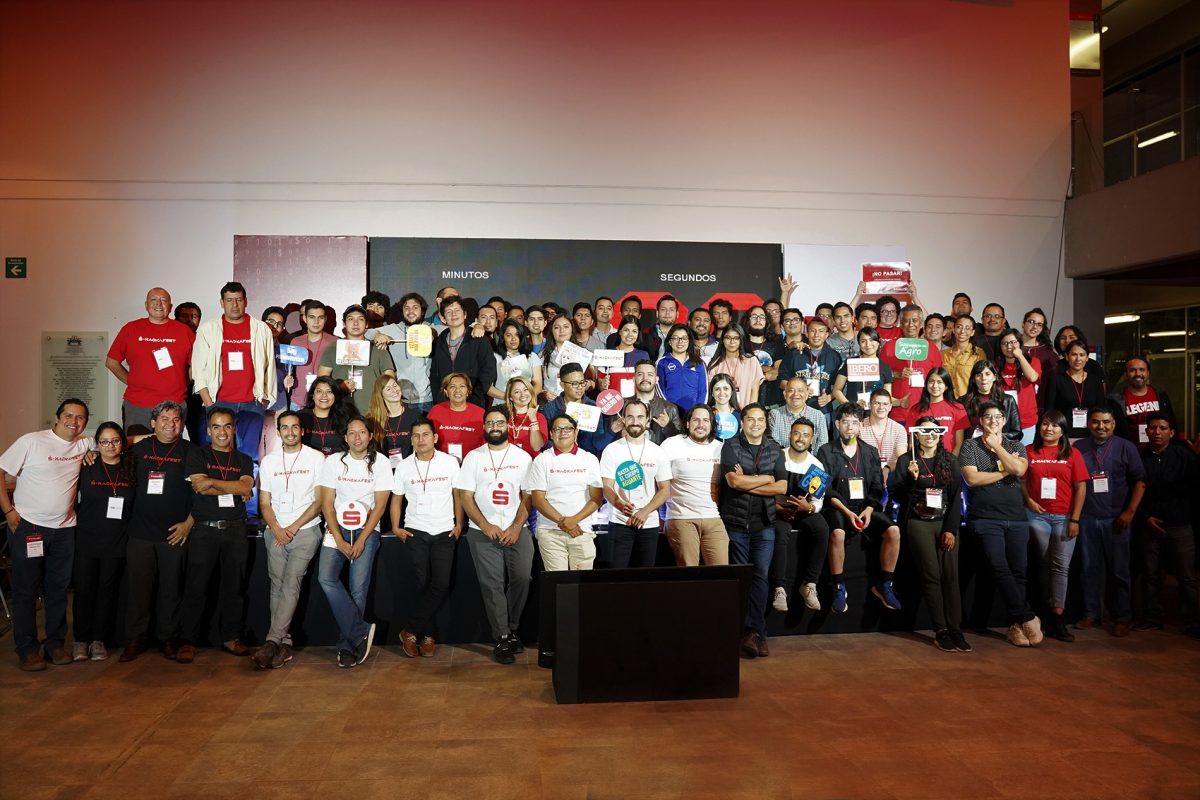 In 2019, we implemented our very first project in Mexico: Mexpact. The Idea Marathon, or Hackafest, was implemented in partnership with Sparkassenstiftung for 3 days in October of 2019 at the grand IBERO university.

The aim of the Hackafest was to provide an opportunity for students and future entrepreneurs to work together on developing solutions for the rural sector through applying functional technologies and digital prototypes. 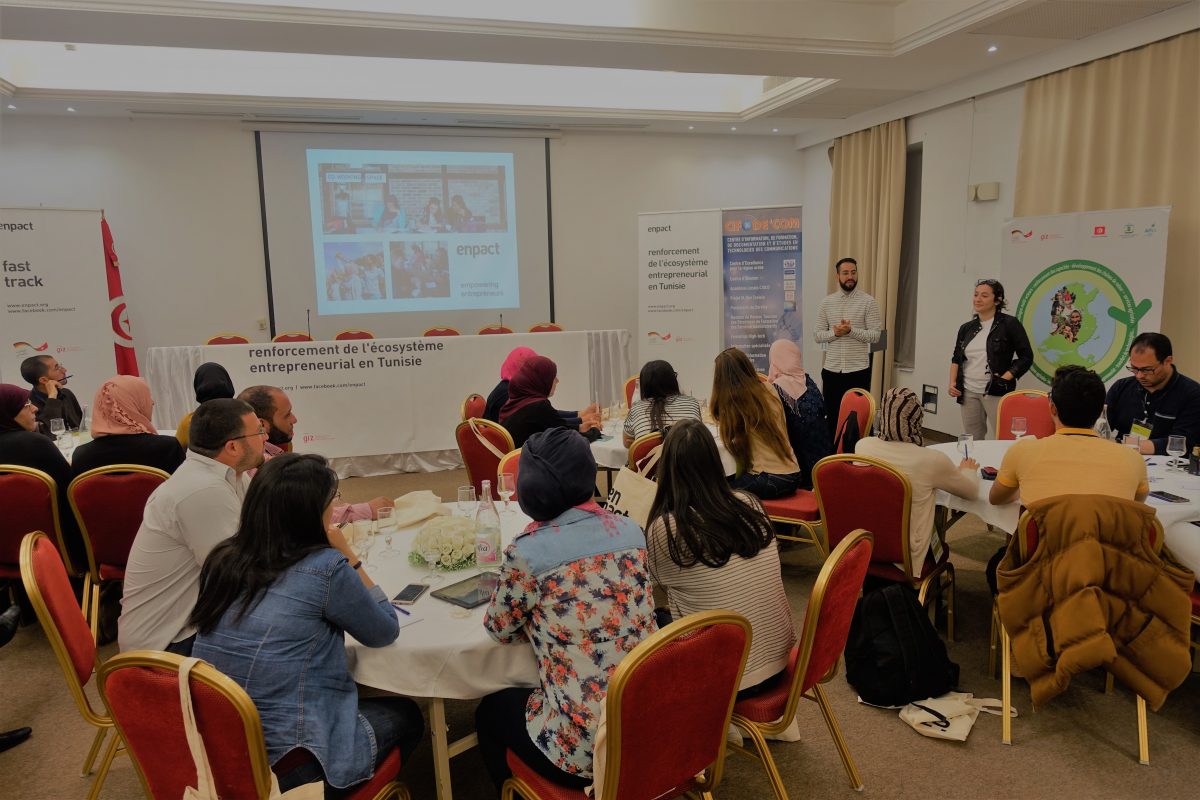 From March 2018 to March 2019, we held an Idea Marathon in Tunisia,  aimed at young entrepreneurs in the fields of agriculture and ICT for agriculture across 7 underprivileged regions of Tunisia: Sidi Bouzid, Kairouan, Kasserine, Siliana, Kef, Béjà and Jendouba. 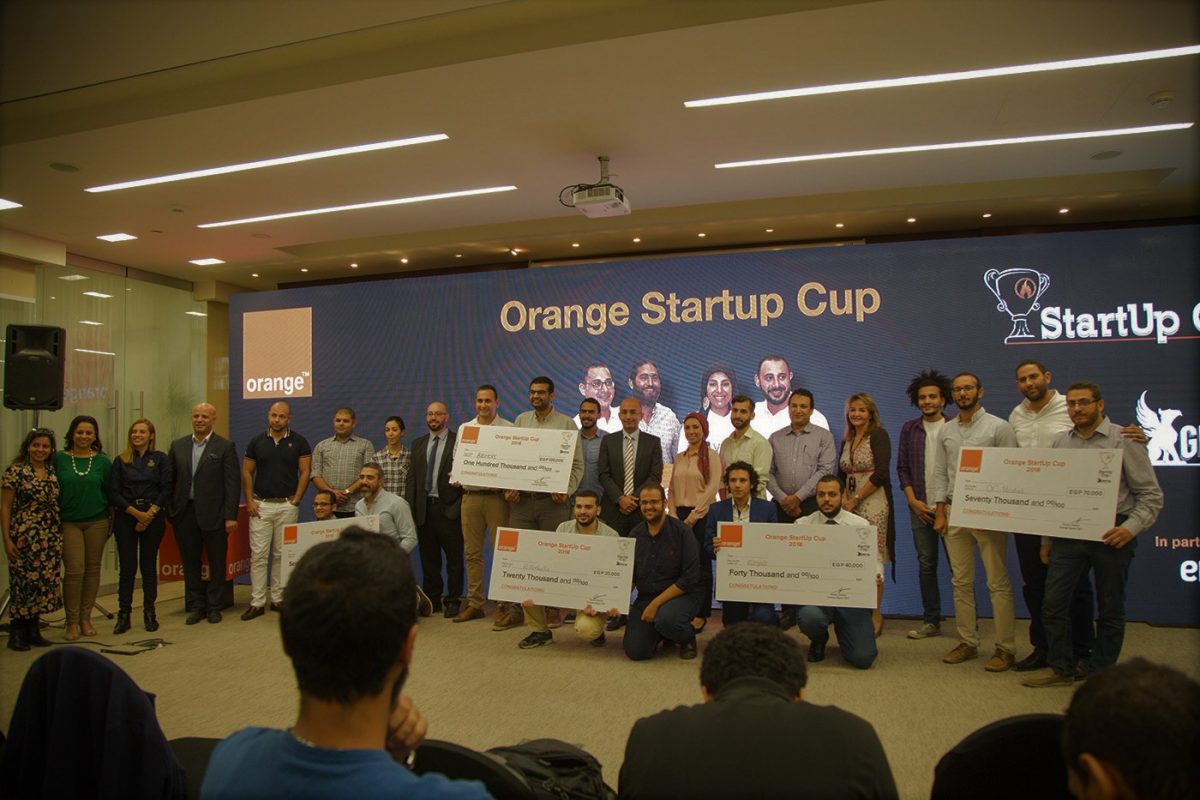 Orange StartUp Cup Challenge was a seven-month programme for business builders and entrepreneurs in Egypt, sponsored by Orange Egypt, powered by GriffinWorx and implemented by enpact. It is an innovative, community-based initiative designed to increase the quality and quantity of entrepreneurs in the Egyptian community. 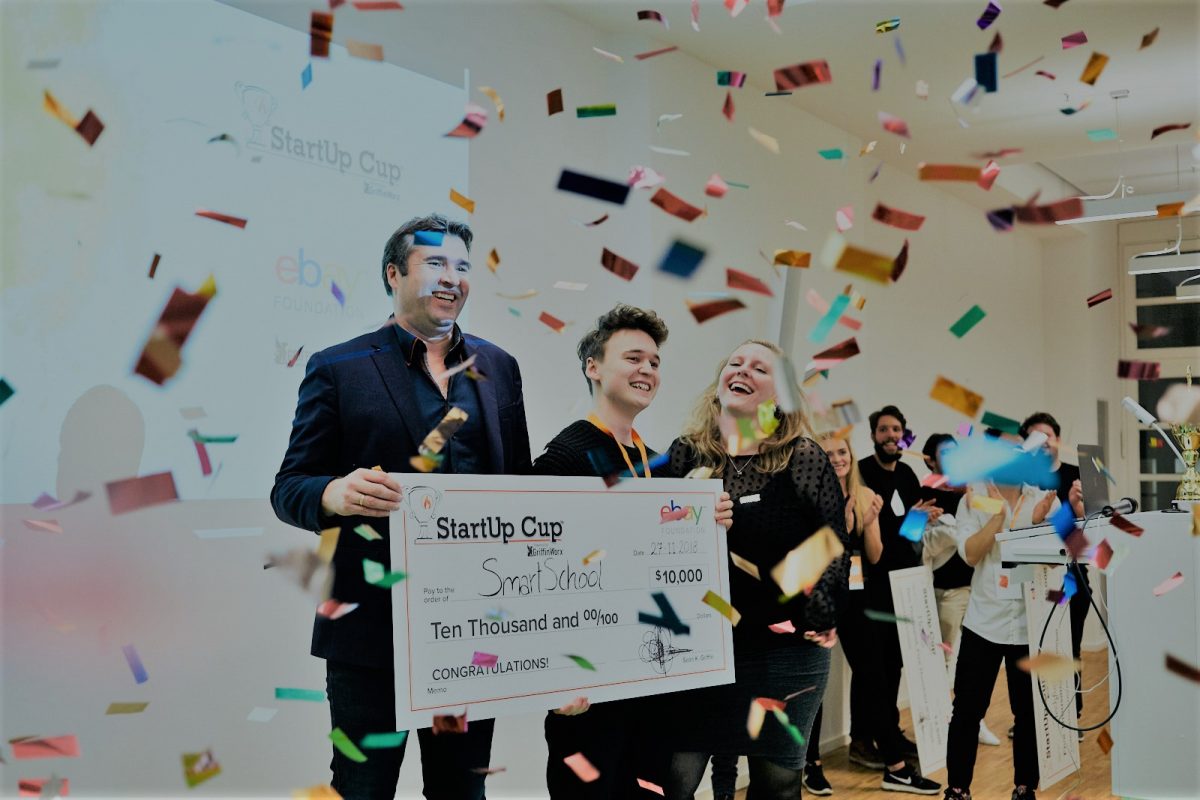 For the second year in a row, we took part in running the eBay Startup Cup competition in Berlin. The concept was designed by GriffinWorx and has been implemented over 200 times in 70+ cities around the world. The competition spanned seven months from June to November of 2018.

67 companies and 39 mentors took part in the “Extreme Build-a-Business” weekend in June, kick-starting the competition. The motto was “Generate revenue now”, and in keeping up with it, 5 teams managed to already earn their first euros during the launch weekend. The most promising 27 teams moved forward in the competition and received multiple rounds of mentoring and pitch training to grow both their ideas and their own caliber and development as founders. 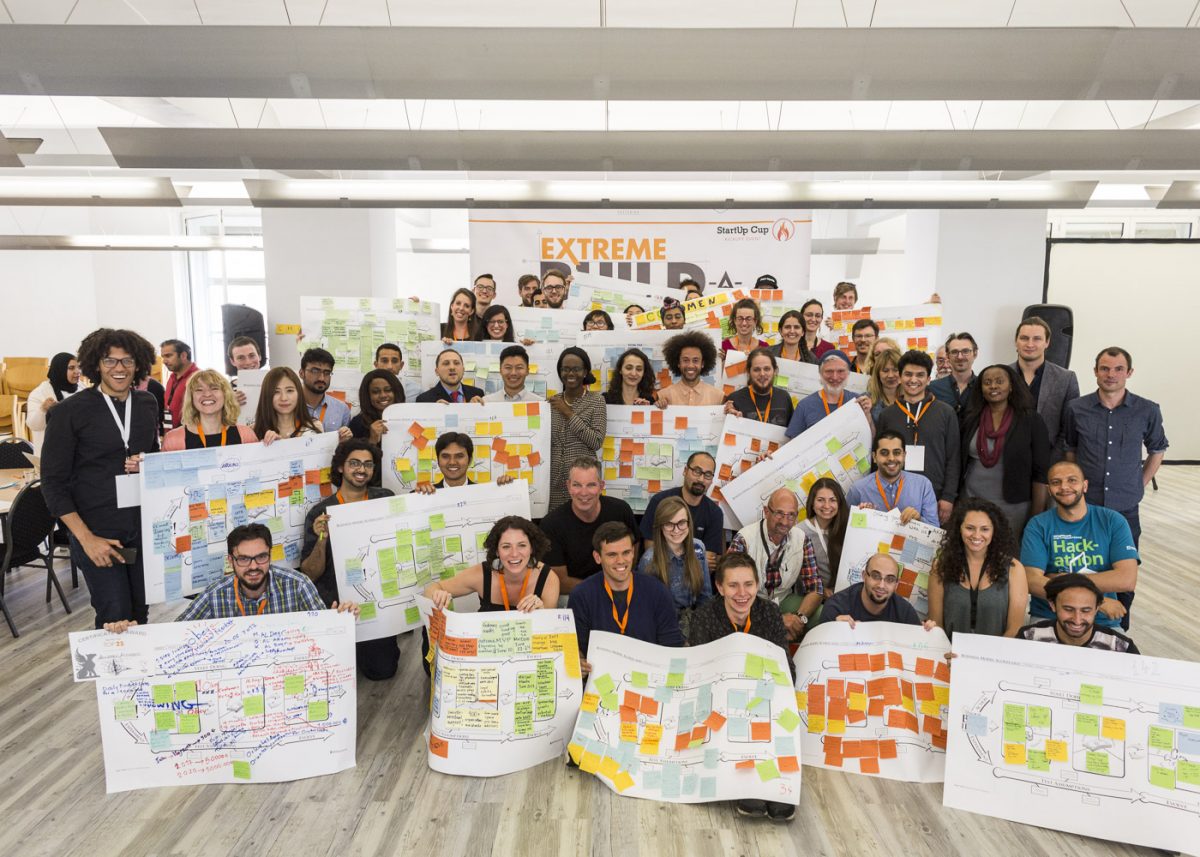 In partnership with Griffinworx, we held an Idea Marathon in Berlin, starting March 2017 and for the duration of seven months until October 2017.

The implementation included several workshops that built up on each other, serving as competitions through which the best participants were selected to proceed to the next round. The Idea Marathon was kicked off with a two-day-long “Extreme Business Building” weekend, where 50+ participants were mentored and coached by 24 mentors & experts from our network.