With this delegation trip we are heading towards another rapidly emerging startup hub. Dubai is setting itself up to become an integral player in the Middle East with amazing opportunities for the flourishing startup scene. With its central location, the right infrastructure and low costs of technology, it is the most promising destination for tech startups.

Dubai is one of the five fastest-growing metropolitan areas in the world. The decline in oil prices over the last three years has led the country to diversify its economy and draw tech talent from around the world. It is establishing itself as the destination of choice for tech startups seeking to access emerging markets. “With over 2 billion people living within a four-hour flight radius and the right infrastructure to support a thriving start-up ecosystem, Dubai is a compelling location to consider for founders from around the world,” says Muhammed Mekki, founding partner of Astrolabs, a tech hub that hosts entrepreneurs from over 40 countries.

The boom is driven not just by the growth of incubators and accelerators such as Turn8, Impact Hub, Astrolabs Dubai and In5, but also the support from government in the most vital sectors in the government’s agenda, such as health, education, transportation, infrastructure and renewable energy. According to the World Bank 2016 report, the UAE has ranked 31st in the global index of ease of doing business. In the Global Entrepreneurship and Development Index (GEDI) report, UAE has ranked 19th for entrepreneurial attitude, activity and aspiration, and it ranked 47th in the Global Innovation Index report for innovation performance. It is fair to say that the UAE has a phenomenal culture towards local entrepreneurship.

Together we will visit the Step Conference with 10,000 like-minded folks from all over the globe tackling tech, digital and entertainment, attracting the best the region has to offer in influencers, investors and entrepreneurs. (Sources: Forbes 2016, Arabian Business 2016) 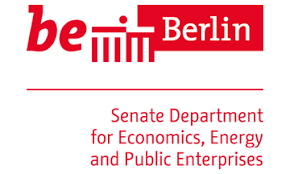